Five popular problem with the Tecno L9 plus

A+ A-
Print Email
If you are a user of Tecno L9 plus and have been using your phone for over one year now, you must have come across one or two out of these five problems that are popular with L9 plus device which I am about to explain  later in this post, Although the phone is very popular especially among Nigerians, a lot of people are using it, and it has a very good review both online and offline, especially when it comes to the power and long-lasting capabilities of its battery of 5,000mah. This post was not meant to scare you away from getting or purchasing the Tecno L9 plus, and does not render the device useless or not worth buying, rather it is just for educational purpose only, as you keep on reading you would find out that the problem is also popular among other Mediatek Devices, without wasting much time, here are the five popular problems Tecno L9 plus users Encounter, Note that you would not face or experience this problem if you purchased your Phone from the right source, as it looks like there are a lot of copy of the Tecno l9 plus all over the market, Example, two of my editors and cousin brother are users of Tecno L9 plus, but the three phones do behave mysteriously different, the Camera quality of the three devices is evidently not the same. Once again here are five popular problems with the Tecno L9 plus. 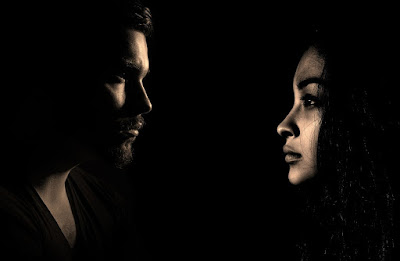 The Tecno L9 plus difference in camera quality is still weird and cannot be explained, on the survey I did in my hood, I tested over ten L9 plus cameras, but was surprised at the result I get, some shots taken gave an impressive result, while others where bad, we all kept wondering and rechecking the phones body to ensure if really it Is L9 plus device, because of the differences in Camera, and so we now noticed that the camera lens is from different sources when an engineer opened and explore through the hardware of the device, we also noticed that the imei mark up are generated uniquely.

the case of L9 plus sudden speaker malfunctions has been reported to many users, at first it seems as a hardware problem but it is not, about two months ago one of my hoodies who knew me as a software engineer met me complaining about his phones speaker not working, i checked his phone, and everything was okay, i even played around the Do not Disturb button, but all effort was to no avail, i remember asking him if the phone accidentally fell down but he said "no", so the best advice i had for him was to consult a phone hardware engineer, but he did not go immediately, he waited for the next day and as he was just about going to the engineers shop, and Boom, it strangely began working
this problem is very annoying, especially if you need to connect to your computer to perform some task and the problem arises, users complain a lot about their L9 plus Hotspot always turning off by itself few seconds after activation, this always happens when the phone is freezing or hot, the best way to tackle this problem is turning on your Hotspot before you enable your data connection.

although this one is not so much faced by users, but the L9 plus charging board is not strong, it easily develops problem, especially when you do not use the right charger for your device

this problem is also faced by many, not just L9 plus users, but also most Mediatek devices, after about 3 to 5 months of usage, you begin to face storage problems, i had faced storage problems many times because i do make use of data consuming applications, and i got some tactful ways of getting rid of them, but when it comes to Tecno L9 plus it looks weird, i have to delete Whatsapp database and move all medias to external sd card, and also force internal apps to read only on Sd, clear some apps data, but it never solve the problem, no one knows which file consumes the internal storage space.

and that is all about the problem with using the Tecno L9 plus phone, if you have any more experience using the L9 plus, do not hesitate to drop your complaints in the comment section below.