A+ A-
Print Email
are you planning to change a new device this season?, if yes then why not go for Xiaomi K20 pro Android smartphone, when it comes to High-end devices, Xiaomi handset is great to use, especially when it comes to the power source of their product. The company made the K20 pro smartphone with some outstanding features, like the very big amount of storage space of 256GB, you do not need external storage to extend your storage space with the K20 pro, as at the time of writing this post, the launch of the K20 pro smartphone has not yet been announced by the company, while we do not know the country where the company would first launch them, but as the case might be, if it should be released, it would first be available in the Chinese, Indian and Singapore market where their offices are located, so let talk about how the Xiaomi K20 pro looks like. 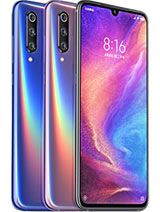 just like the Oneplus 7 pro smartphone, K20 pro has the same body design and approximate body size of 6.5'', while the screen resolution is 1080x2340 pixels, the primary Camera is Tripled with 48, 13 and 8 mp, while the front-facing pop Camera bags a whopping 20mp camera, that is great for a video call, the weight and dimension of the phone has not been specified yet, but it is built with back glass (Gorilla glass 5) Aluminum frame, while it has a long lasting battery of 4,000 mah.


How powerful is Xiaomi K20 pro

the K20 pro smartphone is very powerful with its high-end features, let us take a look at some of its components.
Ram: the K20 pro has an amazing 8GB ram of storage, this shows that the phone would be super fast and be able to handle heavy and multiple tasks without freezing or slowing down. even 4GB ram devices boast of fastness, how much would 8GB smartphone
Cpu: the Cpu is very powerful, with Octa-core (1x2.84 GHz Kryo 485 & 3x2.42 GHz Kryo 485 & 4x1.8 G, of central processing unit, the smartphone would render tasks super fast and would be good for mining.
OS: the K20 pro is powered by the latest Android 9.0 pie, MIUI 10, with a chipset of Qualcomm SDM855 snapdragon 855 (7nm)
GPU: Andreno 640

does are just some little leaks we have about the Xiaomi k20 smartphone, we would write about it full specification at the launch of the phone.