A+ A-
Print Email
when it comes to phone performance the Ram is very important to help carry out tasks on android, apart from the OS and CPU, the  ram works along side with the processor on android phone to help smoothing the device usage, remember when they first announced the first smartphone that comes with 2GB ram, the internet was trending all over with the news about the smartphone, but today we now have a lot of phones running with higher ram and processor than the earlier times, why should you go for android phones with 6 GB ram, the reason is clear, how would you feel using a smartphone that has the power to process all your tasks smoothly without lagging, freezing or getting hot due to heavy task the device experiences, remember that the more Ram a phone has, the more features it packs, what type of features?, these type of devices would have stronger battery, hard core processors, quality cameras and many more, without wasting much time, the following are a list of 5 android phones with at 6 GB ram memory. 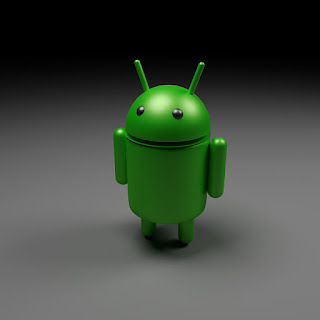 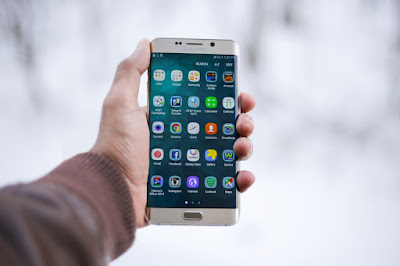 we wrote about these device three days ago on this blog and we find out that it is worthy to be included on our list by bypassing the 6 GB ram requirement, the Samsung Galaxy A9 pro (2019) edition is a newly launched phone from by Samsung, it was released in January, 2019, it has a lot of wonderful features and is a recommendation for you if you wish or planning to buy a new phone this season, one of the things that i love about this phone is the attention the developers put and their effort on making sure the smartphone never runs out of system memory, the phones rom is 128 GB, which means that system apps would not be a problem, you are free from the "internal storage is running out please free more space? error, more information about the Samsung Galaxy A9 pro (2019), can be found here.

when you hear the word Huawei, you should give these gentle smartphone the honor, as in the honor it deserves by agreeing with us that the Huawei company are really trying to get their smartphones the features it needs to be counted among the Hard core mobile producing companies in the world, the smartphone also has 6 GB ram of internal storage for it to get included in this list, the smartphone despite the fact that it has been quite a long time it was produced, April 2017, it possesses the features that some new phones can not compete with, the phone is running Android 7.0 Nougat, which is up-gradable to version 8.0 Oreo, the phones chipset is Hisilicon Kirin 960 (16nm).

the lenovo Zuk 2 pro also has a 6GB ram of memory, although the Lenovo smarthpones does not go viral like other mobile manufacturing company, the Lenovo is a famous on it own level, they are well known for the production of hardcore PC, the Lenovo Zuk 2 pro comes in two types, the one with 4 GB and the other with 6, which is the one we are talking about, it comes with android 6.0 marshmallow, that does not mean that the phone is old fashioned or it does not support most apps on the applications store, it can boast of more powerful features than those which are presently shipped.

the xiaomi mi mix2 is another phone from our list that features the 6 GB ram of memory, the smartphone packs a lot more of features that speed ups the work process, it has a display of 6.0 inches (1080x2160) pixels, the phone was launched by Xiaomi in september 2017, and runs on android 7.0 Nougat which is also upgradable to android 8.0 Oreo, snapdragon 835, it has a battery capacity of 3400 mAh, the Xiaomi mi mix 2 also has two varieties, one comes with 8 GB ram, while the other with 6GB.

this is the last on our list of smartphones with 6GB of ram, the one plus 5T smartphone is another monster device with high end specifications, remember what i said earlier, the more Ram a phone has, the more higher it features are, the one plus was released toward the end of 2017, it has a big screen for more enjoyable user view, which is 6.01 inch, the smartphone also packs a 16 MP (2160P) plus 20mp primary camera and a 16 mp front facing camera, it also has a 8 GB ram variety, the battery capacity is 3300mAh Li-Po, it network speed is impressive with 150 mbps, on strong EDGE network connection, the One plus 5T smartphone is a recommendation for you to own.

do you know of any other device, that has 6 GB ram of memory or more?, you can drop there names and models through the comment section under this post.
By Mariotek
Label: Gadget news, top list