A+ A-
Print Email
although the Sony Xperia XZ3 had not been long it got released by the company, A benchmark suggests that the Xperia XZ4 would be a powerful and firm device. according to Techraadar, the leaked images of a screen protector and the phones case gives a hint of what the Xperia XZ4 could look like for design. looking at the impressive specifications of the Xperia Xz3 and amazing features it shows that it successor would likely be a beast, a monster for a lot of device, the camera alone has  high resolution  with high quality pixel which is good for filming and also it is said that there would be an improvement on the dynamic range and low ligh-light scenes, asides the processor of these Xperia Z series are very powerful and good for heavy mobile users who wish to handle most of their tasks on smartphone rather on pc which is not convenience for travelers. the Sony Xperia XZ4 hottest leaks is it design and display. 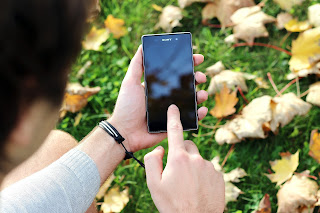 wow i love such large display that these smartphone features, the 6.5 inch screen would be good for video games and watching movies, you don't have to stress your eye muscles to use this view it contents.

we do not know specifically what the Sony Xperia XZ4 would cost,  but we can tap from the price of it predecessor XZ3, the Sony XZ3 was released on october 2018 and is now available on many marketplace, that is just two months gap from the time of writing this article, the predecessor is sold at about 600-850£, so we expect that the Sony Xperia XZ4 would be similar amount but this time a little further expensive.While for the release date Sony often give each of it flagship a 6 months interval, but these time around as the MWC 2019 meeting is coming up at february 25-28 we would expect that Sony announces it device at these period, we are not certain but we noticed the time interval which Sony Mobile uses to release it latest flagship, from previous occurrence.

the Sony Xperia XZ3 has a 3300 mah battery which is not too strong to handle tasks for a longer period of time, we do expect it successor to have a bigger battery, if the devices like the Samsung Galaxy Note 9 should pack a 4,000 mah battery while the apple ipad pro 12.9 should have a 9720 mah, battery then we should expect something good from XZ4. While for the Storage the predecessor has 64GB rom which is expandable using a micro SD card slot, so we should expect the XZ4 to come with the same 64GB or 128GB rom or higher.
Processor
it seems likely for Sony to use the Snapdragon 855 Chipset for the Xperia XZ4, reasons because this is the latest and powerful chip from Qualcomm and sony usually equips its flagship phones with Qualcomm's flagship chipsets. acccording to Techradar Qualcomm claims that the Snapdragon 855 chipset offers a 45% performance boost on last year's Snapdragon 845 and a benchmark seemingly for the |Xperia XZ4 suggests that may well prove accurate. The snapdragon also appeared on the AnTuTu benchmark which made the XZ4 to score 395,721 points.
more news the Sony Xperia XZ4 would be released on this page, keep visiting...