Android 9.0 pie: check out the new relaease from google

A+ A-
Print Email
Hello everyone, something spectacular just happened right now, a new unknown cookie company is now producing a snack called the android pie, oh that is a joke, but I guess it is not a joke, the world most popular company with most used search engine, google, had decided to introduce a new android Operating system (OS) version, into the  mobile world, and these time around they flavored it with a more matured ingredients suitable for all ages,  it is called the Android pie , code number is 9.0, a leader for earlier OS releases, the Android Pie comes with a lot more features to add good user experience and features which older versions do lack, and for this we say to 8.0 Oreo: get yourself off the throne or we smoke you out ourselves,  says Android 9.0 Pie, again android P to 8.0 Oreo "get behind me", do nit mind me they do not kmow each other, Subsequently the following are some new features the meat pie, or sorry I mean the Android pie do possesses which it could boast for now, because soon another leader would be appointed by Google product developers to take over the kingship, but seems this would be the last release as said, without much Talkings let look at some of the features which the meat!, oh my bad, sorry (that's my favorite snack), let's look at some new features  the Android Pie do possesses. 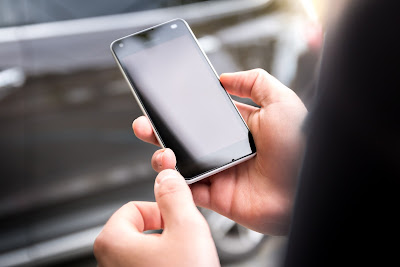 these feature allows you to navigate through the phones operating system similarly as that of iPhone X, if you are an IPhone X user you would be familiar about the navigation button, instead of placing three buttons on the home interface, the android P  have an option to enable one new Home button which when swiped up would bring up the list of recent apps and additional UI with suggested apps you may use, swiping too far left or right would showcase the recent apps and let's you switch between them.
Do you wish to know how often you make use of your phone, or the application you spend most of your times on while operating your phone?, if yes, then the new Dashboard feature would analyze your phone's usage, and display the data analytics in form of a pie chart, these chart shows the amount of time spent each day on an app, these shows in an hourly basis, it also shows the number of times you unlocked your phone, and weirdly let you know the total number of notifications you have received.


These feature is superb, exceptional, great and fantastic, the Android P app timer lets you set the time limit to  apps you use for longer periods or any, when ever the limit had reached, a notification pops up, warning you that you have reached the maximum app usage, and so the app pauses, these is a great feature for people especially students who are preparing for exams, you can manage your time wisely and improve your productivity. 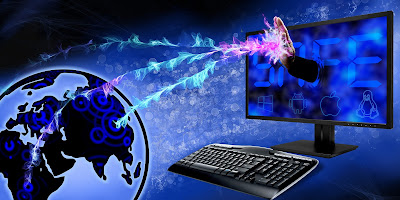 Security, security, security.
Companies like Facebook pay millions of dollars yearly for security purposes, banks do pay anti theft operators more than other workers to  improve there security systems, and Mariotek.com does pay $23 yearly to protect there domain registration information, lol: Hahahaha, I know you laughing, the Android P increased security system is super effective, and has some lots of defendings to carry out while you are operating your phone?, walking, working, sleeping and all, the Android p improved security stops applications like Facebook with grant access for reading gallery, audio, Camera to work on background, since those apps had been allowed to read medias on your phone, they can record voices or open your phones camera without your knowledge, the Android P security would automatically send blank voices if the application stores records audio and other data on it server.


The best time of pressing my phone is at night but unfortunately I do not have a particular time to sleep, I may sometimes fall asleep while pressing on the phone, perhaps i may sleep on it, but with Wind down feature, it would help curb these disorganized habit, the phone would turn on the Do Not disturb mode then switches the Night light at your own preferred time frame, these can be enabled by selecting the time you wish to go to bed, the android P sense technology would change the screen to grayscale in order to tell or remind you it's time to go to bed, in respect to your selected time frame.

It is nice to hear that you can connect up to 5 Bluetooth devices at the same time simultaneously, uh unlike the older versions of android that connects the maximum of two and below, but these feature is not for simultaneous play back, rather it works fine with the new media panel.

these is not the regular call recording feature as it has been long since recording of calls had Been available on Android OS, this time around the additional feature notifies the both parties every 15 seconds that a recording is ongoing these means that if a German is making call with a Chinese, and when ever any of the two starts to record the conversation, the two would be notified with a tone at 15 seconds interval, but to be certain I would not be happy with this improvement the other way round, supposing am seeking to create or figure out some evidence, the person in question would be more careful with the use  of words with the knowledge that its been recorded therefore making it hard for one to get a satisfying information, besides with the 15 seconds tone that Beeps continuously, the conversation would loss focus and friends would not speak freely. The feature is of good advantage if your friend records your conversations the tone alert would help you.

The android P should be compared with the human system, when the weather is hot your body release sweat and when the weather Turns out cold, your body becomes hot, this is possible because your body system is able to study the your area and weather condition, like wise the Android P features an automatic brightness  adjustments according to the environment you are in, these mechanism studies your preferred brightness levels at each surroundings. Note  that this is different from the auto Brightness Adjustment feature which is available on previous android versions.


The Android P screenshot improvement is easier now, instead of struggling with the Power + volume down button, you ony need to hold down the power key alone, and a  screenshot button would come up, then hit to capture the screen, but to me I still prefer the power + volume down combo, this would be easier to capture a moving scene, except if the motion would still be on the move while the screenshot button is out, might be the reason why the new Android P screenshot feature is better than the older, you can also edit screenshots instantly.
There are many other new features available on the android 9.0 which includes
And many more

What do you think about the Android 9.0 pie new features, some people say that this would be the final release from google, so far the relea1se of this new OS is a nice step toward taking the Android OS to the next level, google have released the update, it now left for phone manufacturing companies to update there device to join the leading Android version, you can check out this monster device, Xiaomi mi A2 (6gb ram) it may likely be privileged to have the Android P update. Therefore in our next post, we would be discussing on how to check if your phone has received the Android P update and also be showing you how to update your phone to android P.
By Wisdomx13
Label: Gadget news, phone reviews