Three android smartphone features you should consider before buying

A+ A-
Print Email
Smart phones is been manufactured daily by different mobile producing companies around the world, the number is rising against the population of humans globally, because of this it's one of the best selling gadgets around the world, even the most rural parts have at least one of these to connect with family and friends, but what about those who buy a smartphone for a serious purpose, although everyone buy's a phone for a purpose, the main reason which is to send and receive calls, but gone are the days we buy mobile phones for the purpose of making calls only, as technology is advancing many more features are added to mobile phone thereby tempting the human minds to adopt the latest releases, but that is by the way, you visited this page in other to know the three main feature to consider before buying an android phone, what a nice move you've taken to click on the link to this page, you are welcome to Rokulab.com, we hereby show you the three main features for android to consider before buying them it doesn't matter the company or country that produces the phone.


Three android smartphone features you should consider before buying: 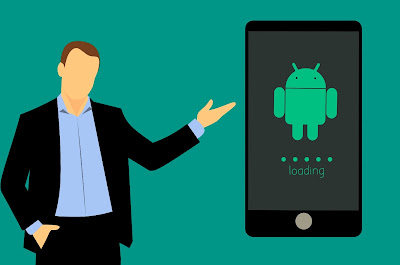 From the list above I know the third number is not something new but some Folks however do not know how to check phone battery endurance status, which is why I added it to the list, but that is just by the way let dive into the three and explain them.

Ram: the full name been random access memory, your phones speed and task depends on these memory, it is not the usual memory you store your files in, but this memory was especially built for the system to execute programs, the more you install applications on your device and use them, the more your phones ram get piled up with users data there by slowing down the phone process, although the CPU also works on speeding up the phone, so what should you consider about the phones ram?...
Any android device below 1gb ram is not good for handling heavy task, although I personally dislike 1gb ram android phones because I handle even more heavy tasks on my phone, if you want to get a new android device for yourself make sure to check that the ram is impressive, that is it is over 1gb ram, if you have the money you can go for 4gb ram and above, for those that mine Cryptocurrency on mobile phones,I have a good news for you, you can increase your hash power by getting a 4gb ram and above phone, I know of a Nigerian that bought a 6 GB ram phone just for mining Cryptocurrency and he makes a lot of profit from that, can you see that high end smart phones not only make you burst of using them but they make you money. now the question is, how do I know my phones Ram capacity, I would write a separate post for that very soon which after I would add the link below this paragraph for easy access.

CPU: the central processing unit of an android device is a very important feature, the CPU is the phones warehouse, your phones performance depends on this, any device that has below 1.3ghz CPU processor is likely to leave the user with a patient quality, if not the phone would face a smash to the ground, the phones CPU is needed in handing heavy task too, you would enjoy Mining Cryptocurrency on higher CPU phones, if you can get 1.3ghz Quad core and higher CPU devices it would be cool for you. I would write a post that shows how to to know your smartphone CPU, chipset. 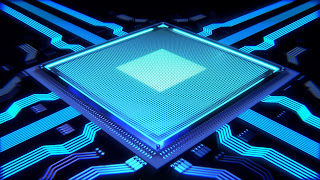 Battery: this does not need much explanations since that is what everyone buying a smartphone seeks to know info about, instead of asking someone else about a phone battery durability, why not confirm that yourself, check if the phone is above 4,000mah, 3,000 mah is also good but getting a smartphone with a high capacity would leave you happy.
How do you know the capacity of a battery, you can see that on the body of the phones battery, or if in build you can check that by removing the back cover or the phones carton, you can also make use of search engine like Google, bing.
Thanks for stopping by to read this article by Rokulab, those are three suggedtions we offer for anyone planning to get a new smartphone without regret, there are other factors to consider but we only took  three main features, So what do you focus more attention on while buying a smartphone? You can drop your comments write at the comment section for the world to see, do not forget to like our Facebook page, and also share this post to your friends on social media.